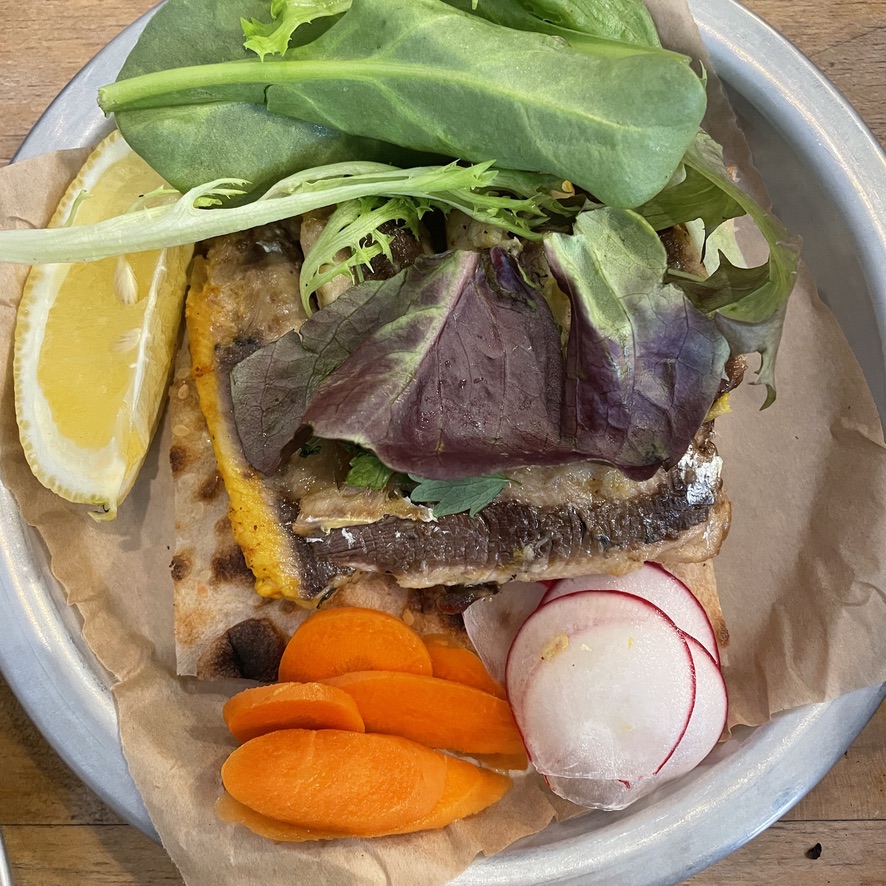 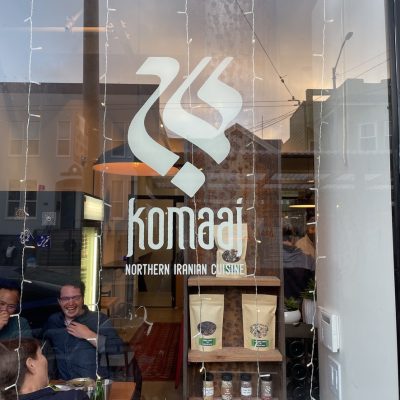 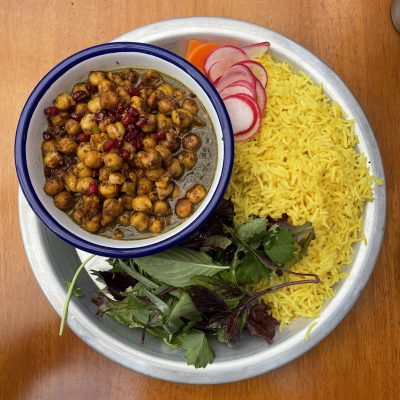 The clanging of tin dishes and youthful voices in conversation permeate the small cafes of Tehran, where young people gather to eat a delicious meal on a student budget and discuss plans for the weekend.  This is the memory chef owner Hanif Sadr wanted to recreate with his cafe Komaaj in the Mission District of San Francisco.  As a student in Iran, he was always “looking for the super casual cool spots” to meet with friends.

The cuisine of Iran is often assumed to be just “kabab and rice”, but for those who want to fall in love with the flavors of this ancient place, there are secrets to be discovered in the dishes of Komaaj that are truly regional in their origin, and have nothing to do with meat.

To understand the flavors of Iranian food, you must transport yourself to their rugged origins in a mountainous landscape of arid land rich with ancient cultures and traditions, and home of the world’s few remaining nomadic people.  The northern region of Iran is along the Caspian Sea, and the cuisine is influenced by Mediterranean flavors of pomegranate, nuts and light fresh fare.  Southern Iran is along the Persian Gulf, borders Afghanistan, and the cuisine is influenced by the spicy curries of the southern neighbors Pakistan and India.

Like all regions, the native plants and spices that grow in Iran have their own subtly unique flavor.  Onions, legumes, mints, greens and herbs are special to each region where they have grown for thousands of years.  It is often the taste of a local herb or spice that people miss when they move abroad, and this is certainly the case with Chef Hanif.  Like many Persian families, his has become a global one due to political changes within Iran.  Although he landed far from home in the East Bay of San Francisco, California, he has always been connected to home by the memory of the flavors he left behind.

Realizing that his occupation of choice as a Materials Engineer, was not beneficial to the environment, Hanif decided to pursue a culinary career, almost by accident, when he filled in “for a few days” for the chef at a Persian Emersion school suddenly quit.

The experience led Hanif to accept the  position as chef.  He wanted to bring the flavors from his youth to the children.  He began to consult with the person who knew those flavors best…his grandparent’s family cook.

Like many affluent families in the middle east and throughout Asia, his grandparents employed household staff, and this included a chef.  His family’s chef, Baaji Khanoom, cooked for them for five decades. Throughout that time and after, she has spent many years in California.  What he discovered in his conversations with her is that she had found ingredients to replace those that could not be found here, and incorporated them into her recipes.

To learn these recipes more deeply, Hanif and spent three days cooking with her and friends, celebrating Persian foods.  The time they spent cooking together was recorded and photographed, and will be released as a short film.

The recipes that came out of those days of cooking became the menu for a test Persian pop-up restaurant.  The pop-up expanded to catering, and finally, a home in The Laundry, a performing arts space with a cafe in its entrance, and located at the end of an alleyway covered with the colorful messaging and works of street artists.

When you visit a restaurant with a cuisine that originates somewhere else, many questions arise.  We often want to feel immersed in the experience, so that we can taste the food like a local.  There is something inside of us that makes us want to feel connected to others, and to have a shared experience.  This is so evident in the way the world’s flavors have been preserved even as they travel around the world.  The chef provides the gift of an experience, and we provide ourselves as recipients of their offer to connect with them.

A restaurant is so much more than just the food.  It is also the sound, the colors, the objects placed around the dining room, how the staff engages with you, and even the way you order or pay.  We somehow crave to understand it all, to have an experience that takes us just far enough away from our expectations that we feel we have acquired something new.

Walking up to Komaaj on a weekend during brunch time is an open window into the sounds of the young or people of Iran. Music, laughter, the clanging of tin dishes give you a glimpse of a side of Iran that Americans have had very little exposure to.

In Iran, a bowl of freshly selected herbs are placed together in a beautiful arrangement for the diners to select individually as they eat.  Over the summer months, Komaaj sourced their herbs from Sabzi Khordan, who started a unique series of gardens in multiple back yards in Berkeley.  We visited her in her gardens, and learned the stories of the herbs.  The mint was brought here in the pocket of a traveler from Iran.  Other herbs came from her grandmother, and some were planted from seeds that originated in Iran.  While eating, you might have a bite of something and think, “hmm, this would be delicious with a mint leaf” and reach out to take a mint leaf.  Or perhaps a combination of herbs.  This is likely the origin of what we now call the side salad.

The red and green fabric that you see is a very traditional weave still made by hand with a loom in Iran.  The fabric has a wide range of uses, from wrapping it around you to stay warm, to decorating a table, to draping it over seating.

The Komaaj logo is the Farsi way of writing Komaaj.  A komaaj is a traditional pastry made throughout Iran, and each region has its own variation.  The name is chosen for the komaaj that his grandmother prepared when he was a child.

Before the arrival of black tea, Persians drank a hot liquid of steeped flowers.  Now, it is not uncommon to have 10 cups of black tea, brewed in the traditional Russian way with big pots, which are on display in the restaurant.  Drinking tea often extends well after dinner and late into a night of lively discussion.  The tassels hanging over the door and along the outdoor dining area are hand-made, and are used by the nomadic Qashqai tribe to tie up and decorate their belongings as they are piled on top of camels, and they carry on with their journey to the next destination. 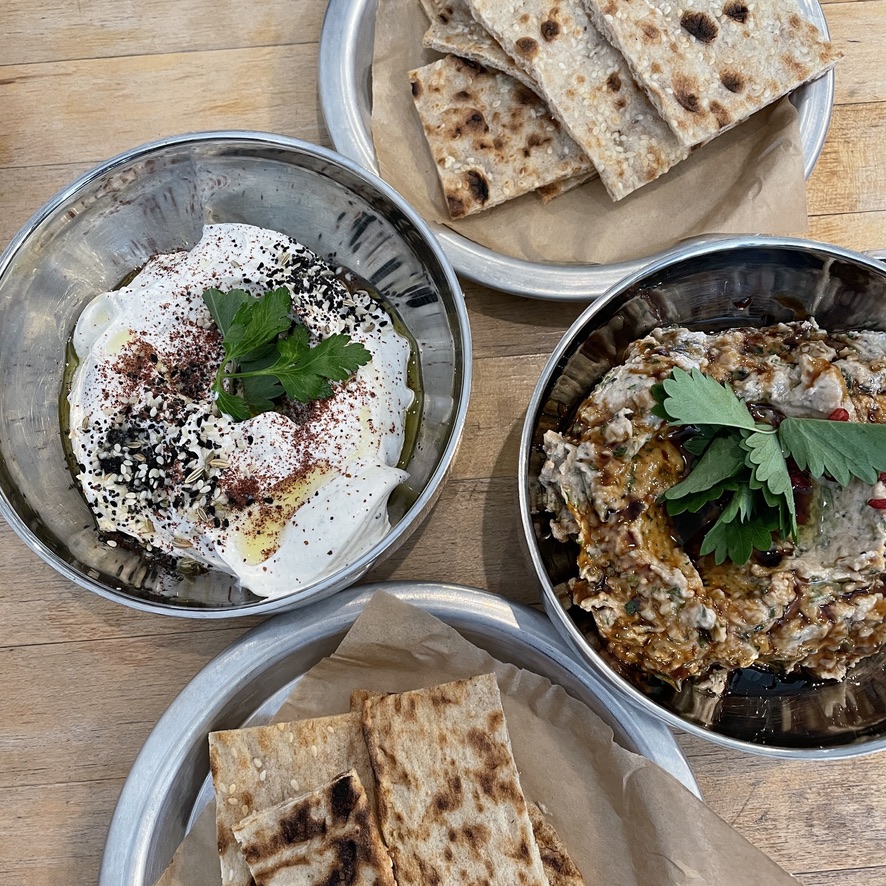 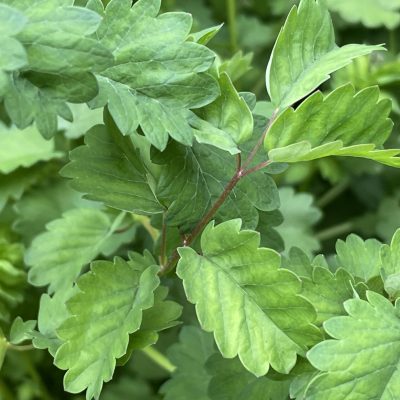 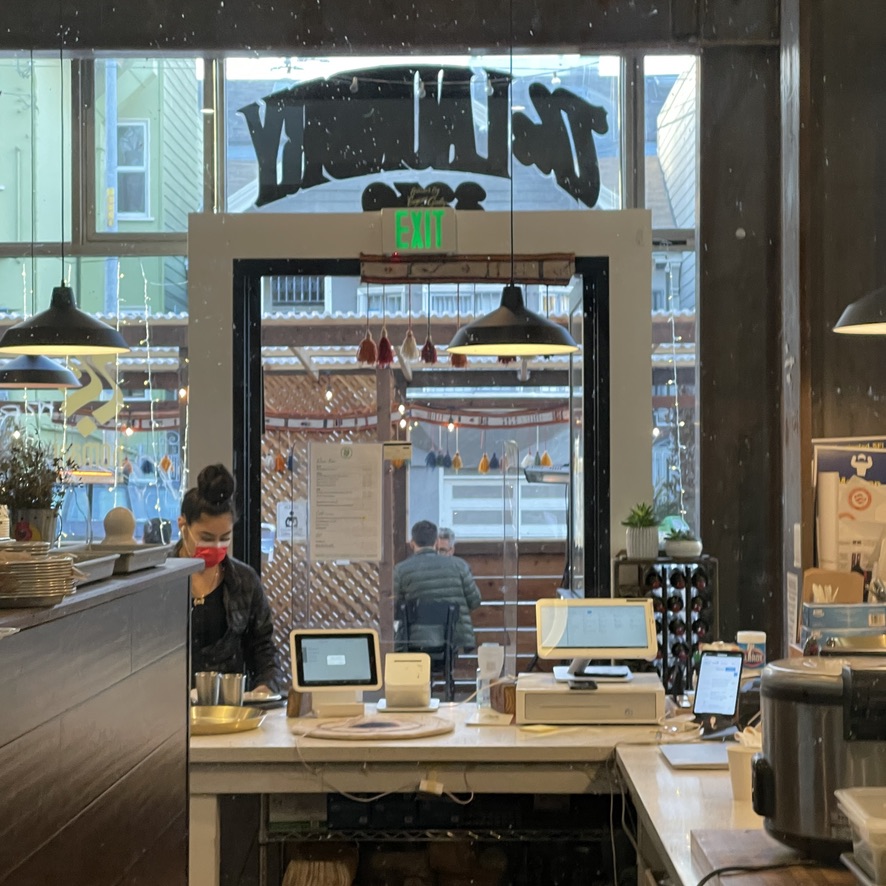 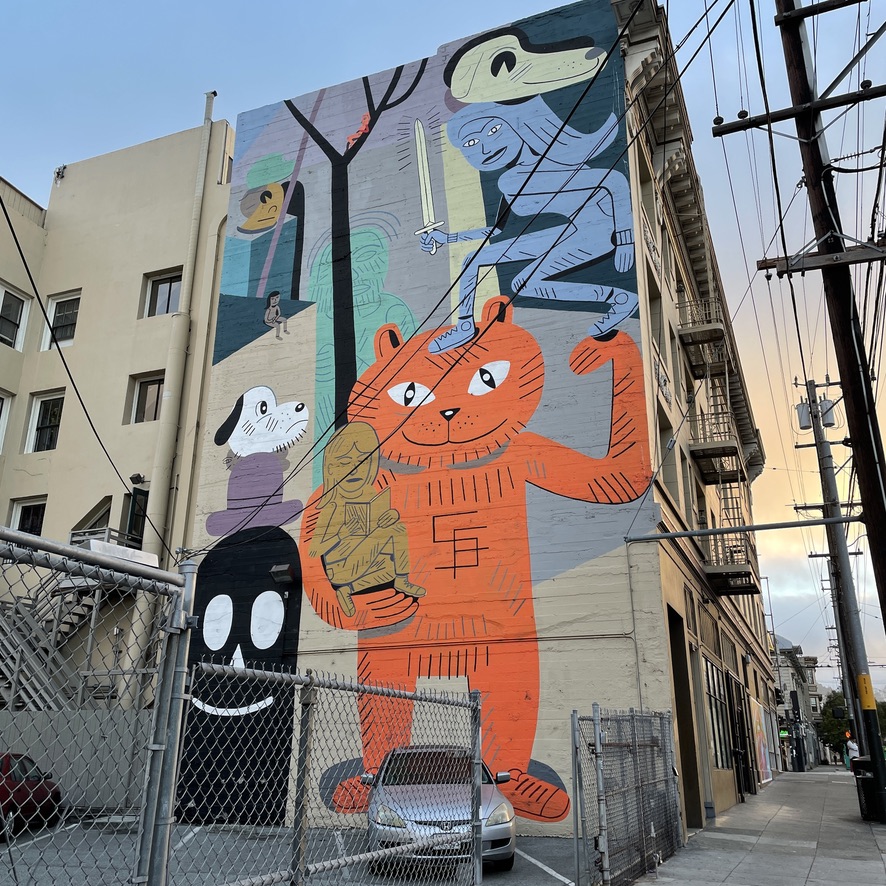 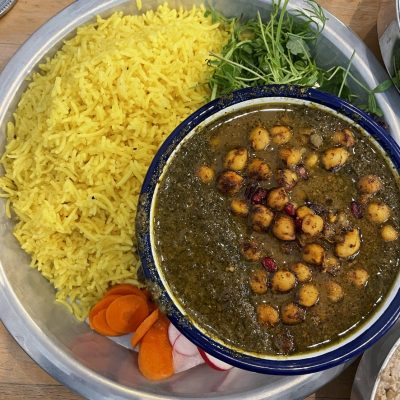 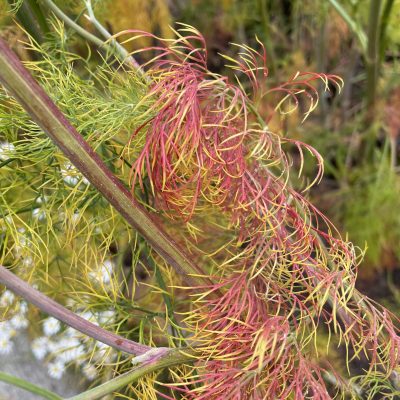 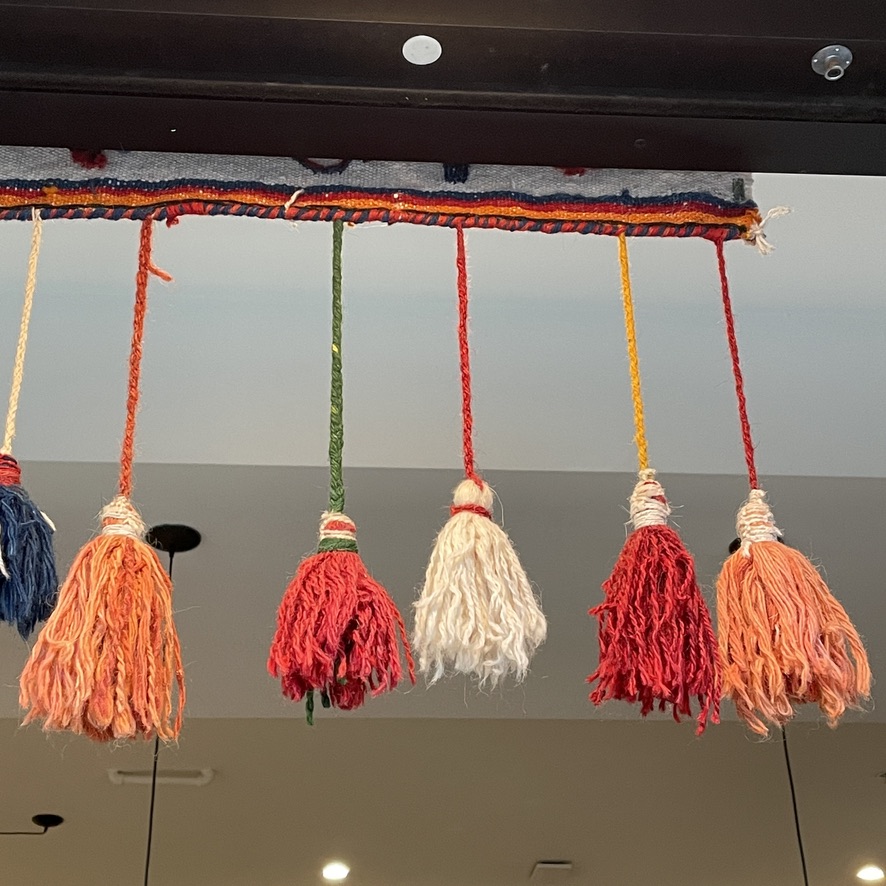 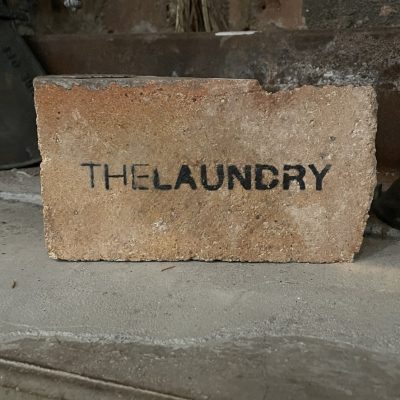 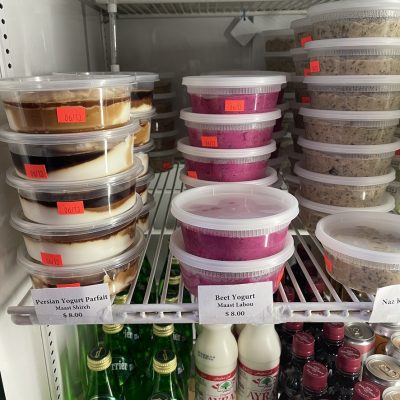 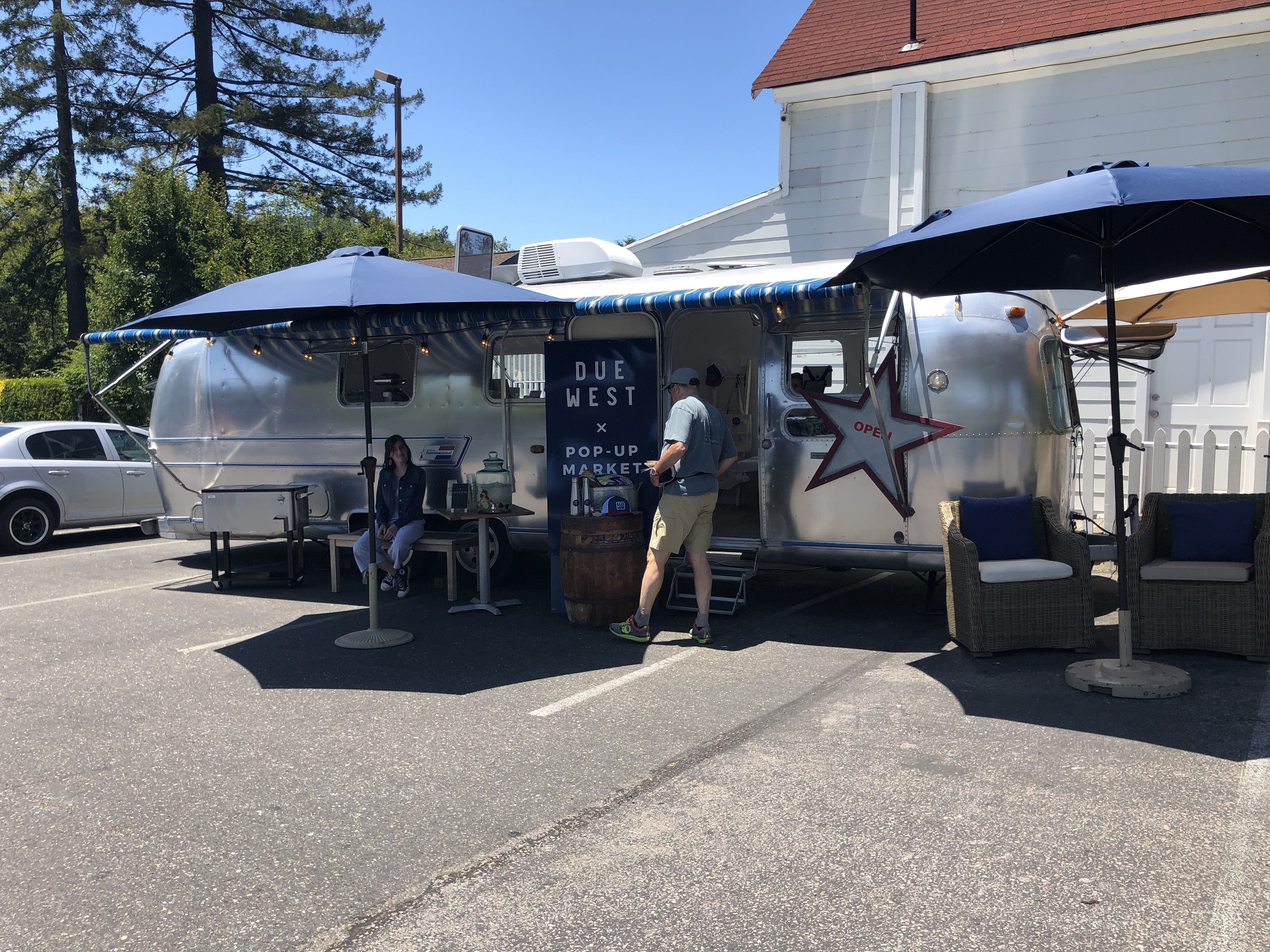 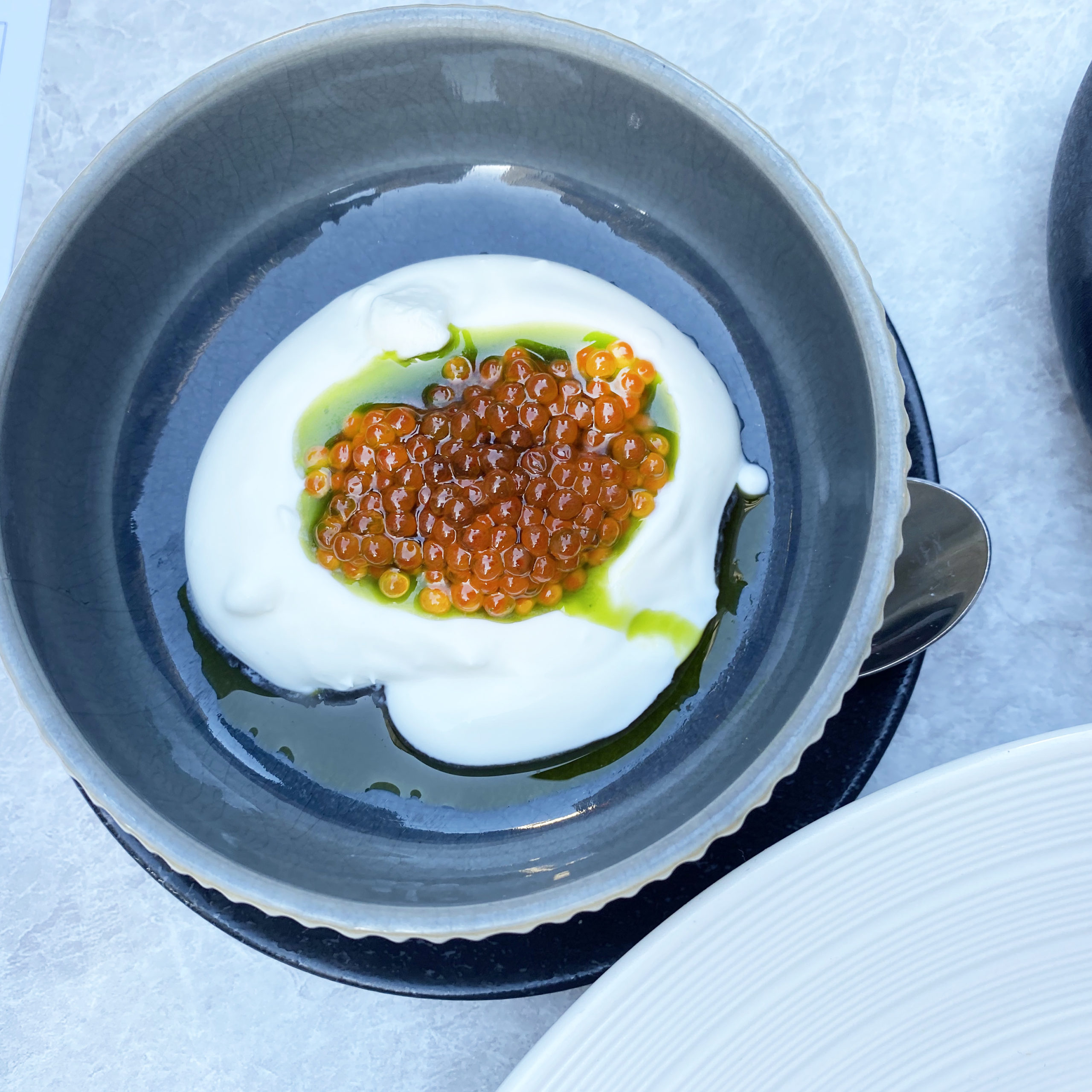 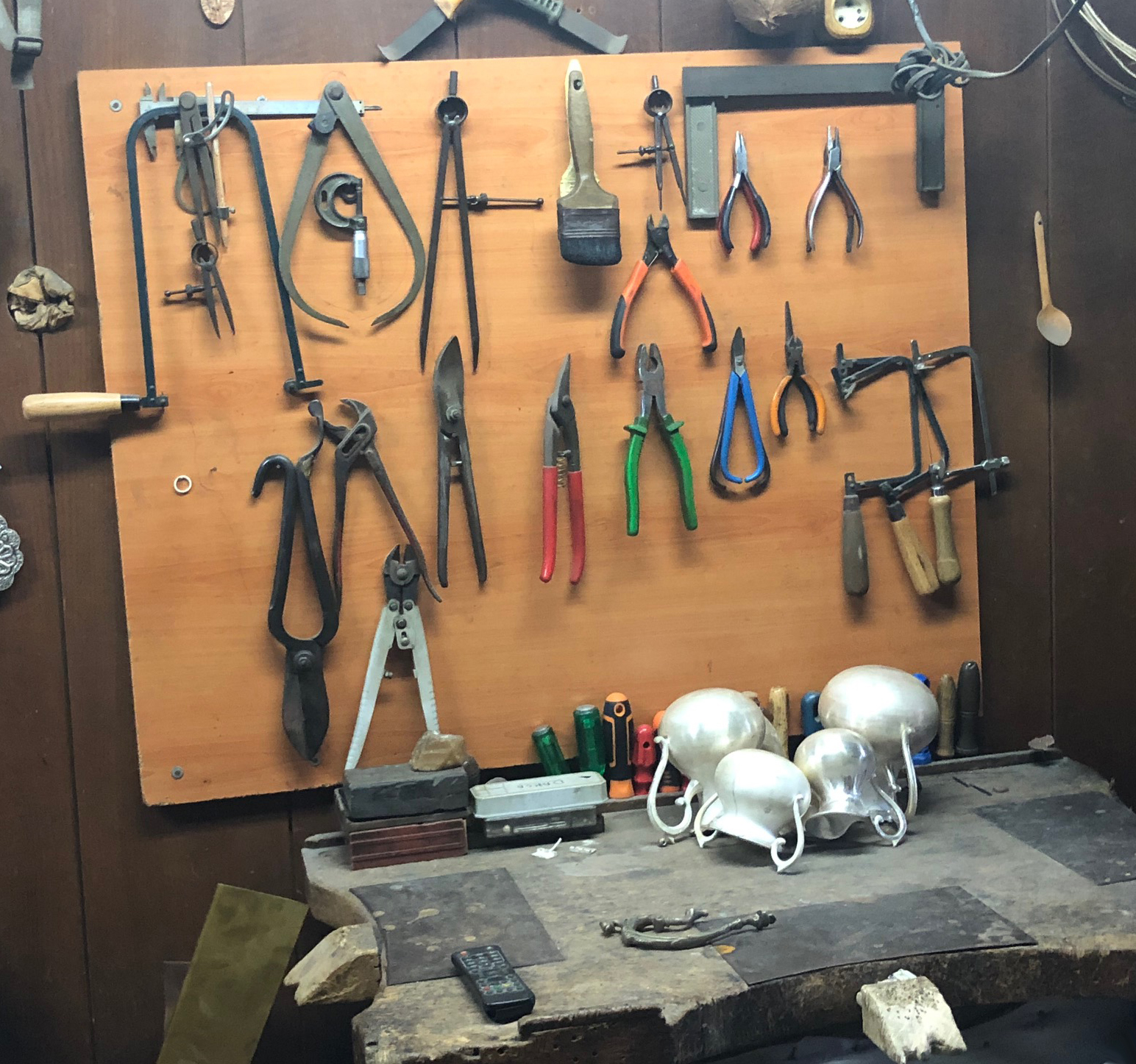 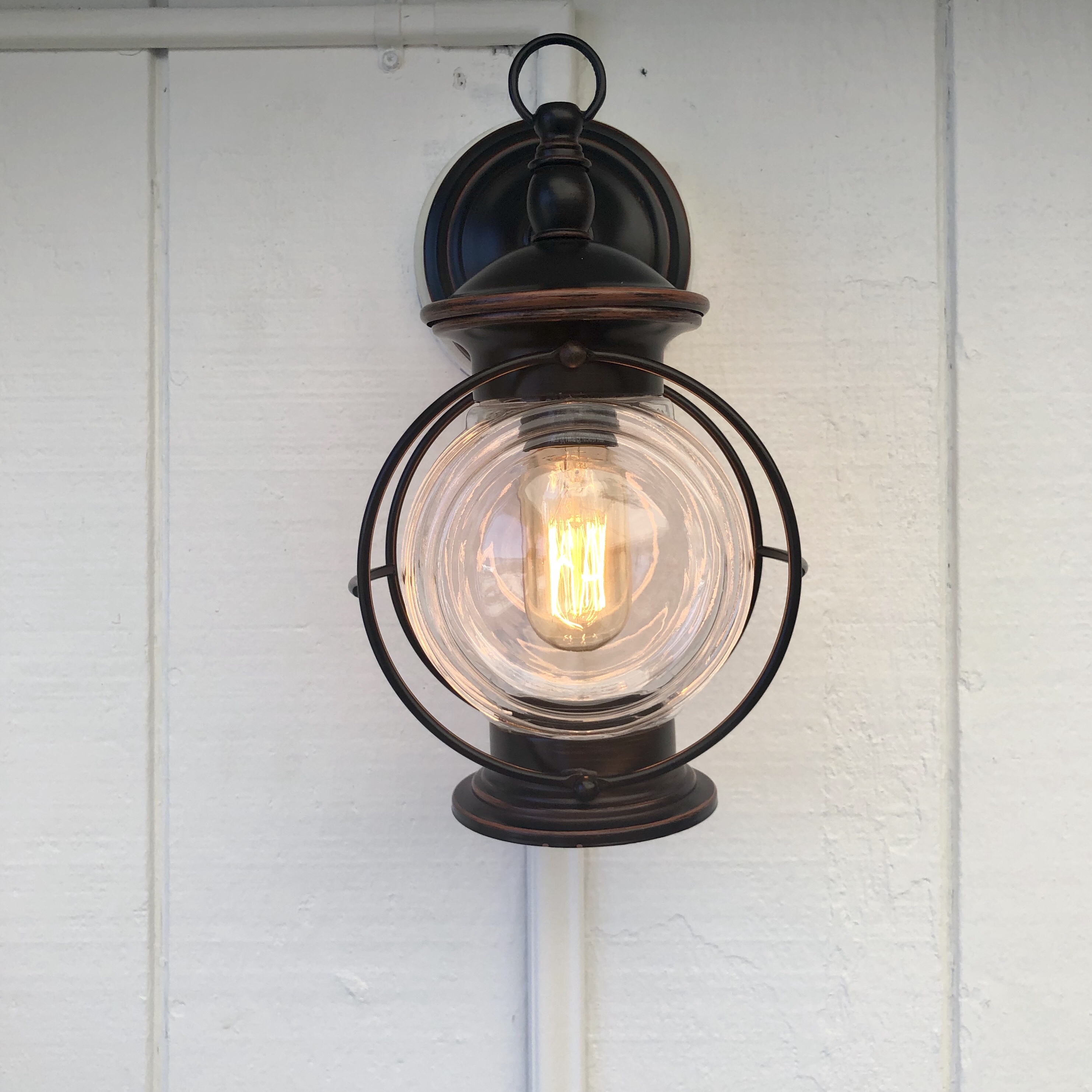 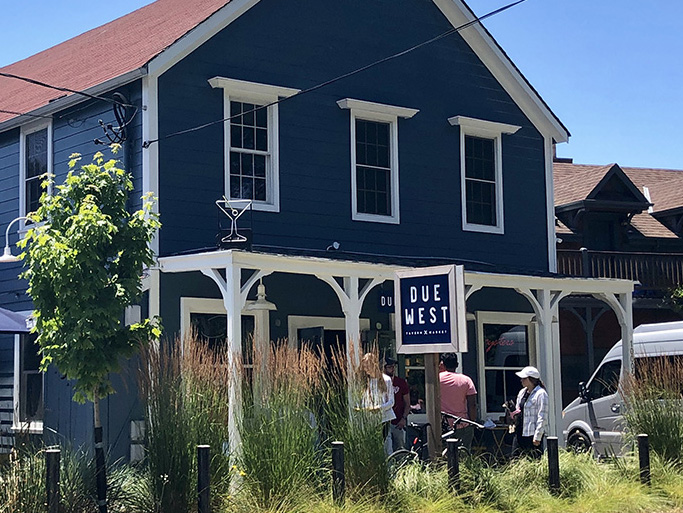 Reunite With Your True Love!

You have Successfully Subscribed!